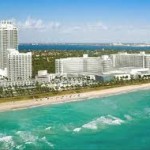 The Global Conference for Business Coaches is being held in Miami and there will be plenty opportunties to learn.  Business Coachesfrom around the country will gather to share ideas and grow in their business.  This pletha of knowledge will then be shared with their clients.  These business consultants will be not only better themselves but also better their clients.  ActionCOACH Pinellas is here to serve you!

We are going to Miami for the 2011 Global Conference and couldn’t be more excited. While the prospect of the heat in Miami during the month of August may be daunting to some, the atmosphere promises to be even hotter in the Fontainebleau Hotel from August 21 through the 26 as some of the top speakers in the world of business deliver their message to the top Business Coaches from around the world.

On Monday August 22, Stedman Graham will be the featured speaker. Graham is a best-selling author who is well known for his two New York Times bestsellers, “You Can Make It Happen: A Nine-Step Plan for Success” and “Teens Can Make It Happen: Nine Steps to Success. Build Your Own Life Brand!”

Graham is also an educator, having taught a leadership course based on his Nine-Step Process at the University of Illinois-Chicago and at the Kellogg Graduate School of Management at Northwestern University, where he taught a management strategy course entitled “The Dynamics of Leadership.”

Dr. Ivan Misner will be the featured speaker on Tuesday August 23. Dr. Misner has been called the “Father of Modern Networking” by CNN and the “Networking Guru” by Entrepreneur magazine.

He is the Founder & Chairman of BNI, the world’s largest business networking organization, which has over 5,800 chapters on every populated continent in the world. Last year alone, BNI generated 6.5 million referrals resulting in $2.8 billion dollars worth of business for its members.

Dr. Misner is considered one of the world’s leading experts on business networking. He has been featured in the L.A. Times, Wall Street Journal, and New York Times, as well as numerous TV and radio shows including CNN, CNBC, and the BBC in London.

Finally, on Wednesday August 24, motivator Les Brown will be the featured speaker.

Brown has become one of the top motivational speakers in the world through diligence, determination and focus. From humble beginnings he rose from a morning DJ to broadcast manager, then from community activist to community leader. From there he became a political commentator to 3-term legislator in Ohio.

Brown is the author of “Live Your Dreams” and “It’s Not Over Until You Win.” Few speakers have the power to motivate audiences the way Brown can and his speech promises to be one of the “can’t miss” events at the 2011 Global Conference.

Each of the featured speakers brings a skill set and knowledge- base that will only help the Business Coaches who attend Conference achieve their goals. The entire week in Miami will be a great time with lots to learn.

Are you ready to take your business to the next level?  Click here to take ActionCOACH‘s Busines Health Check to assess the strength of your business.  Call us today 727-786-2900.