BHHS’ coaching journey began in 2012 starting with one-on-one coaching with their Executive and Senior Management Teams of their various divisions.  A lot of good things were happening in the organization says Alex, they just needed to tighten some things up.  “Our needs for coaching were related to coordination and communication with the various business groups. We needed to gain a better focus on setting strategic plans and making sure things were communicated throughout the organization while measuring results in new ways and setting goals.”

The team’s motivation for coaching was to take the organization to another level.  The company was in a difficult phase and found themselves needing to make some real changes or would find themselves continuing the same track with no progress. “We had some holes that really needed to be filled in communication amongst our teams to make sure everyone was on the same page” says Alex.

As coaching progressed and the BHHS team worked with Ford Kyes to strengthen the organization’s communication processes, the focus then became on areas such as documenting internal procedures, changing team roles and creating more long term plans and goals. 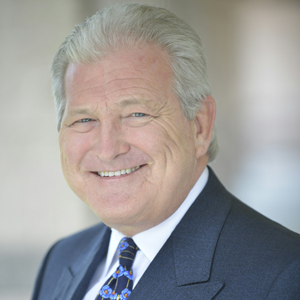 capture key metrics in each of the business lines. This allowed the organization to measure and quantifying the changes that were taking place in the new directions they wanted to go.

Key benefits the BHHS team saw were the establishment of tangible goals and shifting the various business units to positive outlooks as improvement has happened. “This allowed us to really look back as a team and see we’ve accomplished something and continue our drive toward excellence” Alex reflects. As the Berkshire Hathaway Homeservices Florida Properties Group team established their mission and vision, the systems and focus that has been established during coaching has integrated the core values they established into everything that they do.

Ford has also worked with the organization to restructure some of the various divisions and departments such as the Title Division and the internal Marketing and IT Departments. “This has really allowed us to meet the goals of our long term restructuring and succession planning and increase accountability” Alex states.

Alex says “The Coaching process is a great way to focus on what you want to accomplish and staying positive and forward thinking.  They find the personal recommendations on what the team can do to improve and what can be done differently between the two owners. Coaching has also been used to assist with a lot of BHHS’ recruiting efforts.   Coaching has helped the Executive and Leadership Teams ensure accountability. Ford drives continued learning and finding new opportunities in coaching and making recommendations on resources, such as books and training opportunities.”

As Owner/Broker of BHHS, Dewey Mitchell relates his experience with coaching to his experience as an Olympic athlete stating, “Coaching has been a core element in my business and personal life (as captain of the 1984 US Olympic Judo team and as a player and then coach on the 1978 and 1979 Alabama National Championship teams under Coach Bear Bryant). The ActionCOACH Tampa Bay coaches have really put together a great playbook for the business owner wanting to win!”

“Think about any sport that has a coach and what do those coaches do…  Why is a business different? It’s a team of people that must accomplish an end goal and develop a system to keep moving the end goal.” BHHS sees dividends in their coaching investment by finding what’s working and what’s not working and how they change directions or players to make it work to get to the end game sooner. “It highlights the obvious the BFO’s (Blinding Flashes of the Obvious), as Ford would call it.” BHHS’ teams are much less fragmented in their approach.  “Quantifying dollars changed is not always the measure of why you do something, you must look at where you would not have been had you not made the investment and that’s the purpose Ford uses as justification for us looking back to see did we make positive reinforcement to move in the right direction.” Mr. Cramer states.

When Alex is with Ford he brings up the positives ACTB has done for their team, “Because we know we’ve had an impact and that’s why the owners have continued to extend the funds every year to make the investment and they hold themselves accountable to the rest of the team as well.”   Organizations like BHHS have found a business coach like Ford can ask the tough questions from an outside perspective that internally people are not asking and that is a huge value.

Dewey Mitchell reflects that, “I have personally worked with ActionCOACH Tampa Bay team as a client and also engaged them to work with my executive team for the past 5 years. I can tell you first hand, this team of coaches definitely understands and knows the power of focus to businesses.”

Berkshire Hathaway HomeServices Florida Properties Group has been locally owned and operated in the Tampa Bay area for more than 50 years and consistently ranks among the Top 50 companies in the Berkshire Hathaway HomeServices network. The company began as a single office in 1959 and has since grown into a full-service organization with 22 offices serving a 6-county area.

Their mission is to utilize our world-class team of professionals and systems to guide people in making great real estate and financial decisions. The company is founded on four simple principles: Teamwork, Integrity, Passion, Excellence.