Brad’s journey into coaching was a bit unique.  Phoenix3 Marketing had been in business for a few years and was experiencing growth in both revenue and clients, which was essentially their only measure for success. As they expanded staff and moved into a new office the one thing that became clear is that this growth seemed to come at the cost of more hours and stress for Brad while he was not personally making any more money. He fell into the trap of telling himself that these were the dues you had to pay in the initial years of being an entrepreneur.

Juliet Kyes kept popping into Phoenix3’s world, whether it was at a networking event or at an office ribbon cutting.   Brad recalls “Juliet would chat about what coaching was doing for their clients, and even though this concept of my business running me versus me running my business resonated with me, I still wasn’t even considering coaching for myself.” Phoenix3 did however have a client who needed an exit strategy for their business and he was more interested in connecting them to work together.  After Brad introduced the client to ActionCOACH Tampa Bay, the client started working with Juliet to take them through the process of that intense first year of coaching.

Within a couple months that same client called Brad out in a meeting and asked why he wasn’t involved in coaching. Brad stalled to come up with a viable answer before the client bluntly said, “You need to be!”. He started the next month in ProfitCLUB and found the most impactful portion of getting started with coaching was the business planning session.  “I pulled my assistant at the time into that session with me and as overwhelming as it was, we immediately saw just how much we didn’t really know about our business and what the gaps were.” Brad says.

The following months helped Brad get a handle on important things like accounting and financial goals. Brad notes that the interaction with other business owners who were in similar situations as him was extremely helpful. “There was comfort in knowing that I wasn’t alone and the challenges I was having were the same challenges others were having or had been through and I could learn from their solutions.” At the start of 2016, Brad made the jump to one on one coaching as a way to get dedicated systems into place and to have his Coach Barb Kyes really serve as an accountability partner in his business.

Working with a Business Coach 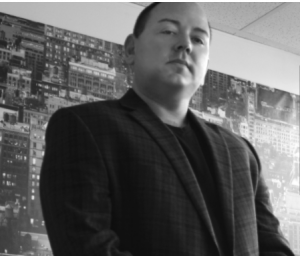 The experience for Brad of working directly with a coach over the past year had been incredible.  2016 proved to be a year of continued growth for Phoenix3, which drove another office relocation but additionally some real soul searching and assessment of the players on the team.  “In the day-to-day hustle, I strayed from the hiring system we had learned from Brad Sugars and it cost us dearly. I had no idea until after a continuous string of turnover just how much damage was being done” says Brad.  He realized quickly that what he was learning in coaching was never once and done, you always should be on top of your systems and sticking to procedures you’ve set in place to remain consistent.

Barb was crucial during this time of turmoil to help Phoenix3 prioritize what were the critical things that needed to happen to get everyone back above the line and moving forward. Brad credits having Barb conduct a team building session with the entire company utilizing DISC Assessments as an eye-opening turning point on what issues needed to be adjusted to create the culture and the team he was looking for. “In addition to the tools and the ActionCOACH systems, having bi-monthly sessions with Barb helps keep me focused and she holds me accountable to the goals that I’ve set even with my personal goals—there is no slacking or excuses!” exclaims Brad.

Investment is clearly the key word Brad will use. “You can’t look at coaching as an expense, if you do you are not in the right mindset” says Brad.  He states that coaching is crucial for any business owner who has big entrepreneurial goals and is ready to make their business work without them hovering over it 60 hours a week. He acknowledges you may not have the big picture all figured out but you must at least acknowledge there is a bigger picture beyond simply creating a job for yourself. He would advise anyone to look at business coaching just like a sports team.  No successful team has a coach for one season and then thinks they know everything to go out on their own.  The game is always changing and you need a trusted advisor there to help you navigate each new season!